Can anyone answer these questions? 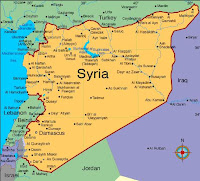 Case in point? Syria. OK, obviously the majority of Americans think this is a bad idea, but for some reason Obama is either privy to some super secret information that he hasn’t shared with the rest of us or he’s just trying to be a butthead about it all.

But my question here is twofold: 1) Why exactly do we want to get involved in this and what benefit would it have to the American people and B) Why are we broadcasting all over the news the exact dates and methods of this planned attack? I mean, call me crazy, but doesn’t Syria have a television?  Or is it one of those manipulative things that super-smart people do to make you THINK they’re doing one thing when they’re really doing another? Kind of like a narcissistic psychopathic serial killer? 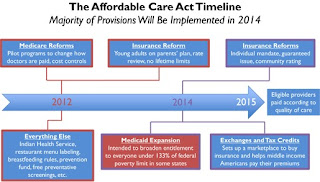 And what’s the deal with this Affordable Health Care Act thing? Is it in fact going to be affordable? And why is it that no one seems to know the deets? So, if I work for a company that doesn’t offer me health insurance and I’m all like, “Hey! Come January 2014 I’m gonna have insurance – YAY! I’ll just go talk to my boss about it now” and he’s like, “Uhhhhhhhhhhh….” isn’t that kind of a problem that maybe should be resolved? And my second part to that question is: If the premium for said health insurance is going to be sky high, then am I better off paying the penalty for NOT having health insurance?
Disclaimer: I currently have health insurance, but in my head I ask these questions because I’m the kind of person who thinks of all the possible scenarios that could happen at any point in my life, this being potentially one of them, plus I want to have the answer in case someone posts this similar question on Facebook so I can be all, “I totally know that answer.”

When I’m not acting all smartypants about national and world events (which is 99.99% of the time), I have other important questions running through my brain. Questions like: 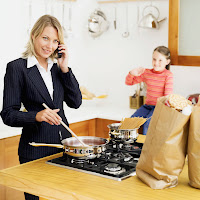 Why does that mom who shows up to pick up her kid from football look so awesomely put together in her pencil skirt, designer blouse and four inch heels as I sit in my broken folding chair wearing a stained Great Dane Brewing Company t-shirt and too-tight running shorts with a sweat-stained baseball cap on my head? I’m assuming we both went to work today, right???

Why do I not seem to have the time to make these “quick and delicious” recipes that all my busy mom friends post that their kids “just love” and do they really take less time than it takes for me to run through the Little Ceasar’s drive-thru window? I never, ever post pictures of what I feed my kids for fear that I’ll get a call from some sort of child welfare organization or, worse yet, a nutritionist.

When is my 16 year old going to realize that I did not bring him into this world to make his life a living hell? That every word that comes out of my mouth is not stupid, asinine or lame? When is he going to see this cool, funny, well-organized and slightly anal-retentive mom who has only his best interests at heart? And since when was reminding him to perform basic human functions like “get up,” “please shower” and “don’t forget your backpack” considered nagging?

How is it that I made it through school and got decent grades when my parents didn’t nag me about it? I was just SUPPOSED to get good grades and I knew it. Because I wanted to drive. Because I needed to go to college. Because my friends all got good grades so why would I want to be any different? How has this logic and herd mentality somehow become convoluted in translation to my own children? 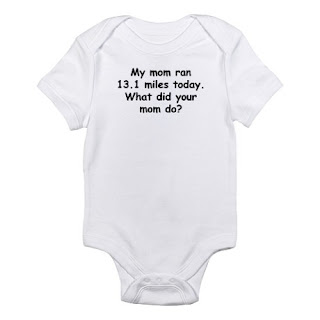 When am I going to do something amazing? All my friends are doing it. They’re hard core training for marathons despite having two torn meniscus, starting their own businesses with capital they earned from selling their own plasma, losing a ton of weight by some method that takes a ridiculous amount of discipline and commitment, raising crazy amounts of money for a worthy cause benefiting some rare disorder they’ve overcome, or redoing their family room with a safari theme complete with live jungle animals that they’ve raised from infancy (OK, maybe I’m exaggerating on that last one.) Am I that much of a slug that I can’t a) run long distances b) barely keep my 40 hour a week job, c) lose any weight at all, d) pay my own bills or e) vacuum a room in my house, let alone redo one?

Other questions that require less explanation: 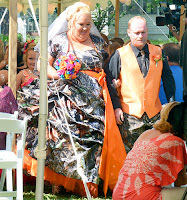 How is it that Honey Boo-Boo’s mom can get married and I can’t even get a date?

Do the two cars in front of me – in two separate lanes – going 10 miles under the speed limit – KNOW I’m late???

And speaking of cars, whose lame-brained idea was it to have the backup lights remain ON after you exit your vehicle? Because I look like an idiot waiting for said car to back out when in fact there’s no on IN said car.

And finally, why is it that my son can remember a gazillion complicated football plays using only numbers and letters for reference but still not recall that he has homework to do?

So many questions. So few answers. My brain is full of them. If you can shed any light on any of these, feel free to let me know.
Posted by Amy Talcott at 7:51 PM

Labels: back up lights on cars, Honey Boo-Boo, I have questions, nagging kids, quick and delicious recipes no time for mom, what is the Affordable Health Care Act, why are we going to war with Syria