The summer of my discontent


My apologies to Shakespeare. Like everyone else in the Midwest, I had survived one of the bleakest, coldest winters on record, and was more than ready for the lazy, hazy days of summer. What I've come to realize, however, is that the summers I remember of old are gone, for lack of a better word. And I should have appreciated them more while I had them.

Case in point. It's nearly mid-July, and my body is nearly as pasty-white as it was four months ago. Years ago, as soon as we hit the first sunny, 70 degree day, I was sprawled out on a beach chair somewhere, trying to get that first burn that I knew from experience would turn to a deep, rich brown. But two things have gotten in the way: first, my intelligence. I only have to look in the mirror to know that with every ray that hits my body, new wrinkles are forming faster than I can say "pass the sunscreen." 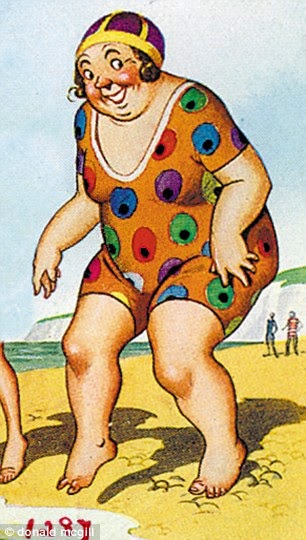 And speaking of sunscreen, the threat of skin cancer has instilled the fear of God in me, as new moles pop up daily and cause me to have my dermatologist on speed dial. I can't even manage to stay up on my "bronze glow lotion" regimen, which would garner me a few compliments on my sun-kissed appearance, until their gaze fell to my feet, where the orange streaks caused by not quite rubbing it in adequately would give me away.

With that lack of bronze, I have a new enemy: shorts. I remember asking my mom when she was probably about my age why she NEVER wore shorts. "It's 90 degrees, Mom! How can you wear those capri pants?" Now I get it. The first summer solstice snapshot of me sporting shorts was enough to cause me to throw them all into storage until that magical time when my thighs would no longer look like the wrinkled outsides of an old orange. A pale, old orange. And on the 8th day, God created Bermudas. For people just like me.

And summer isn't summer when you have teenagers. I never thought I'd be envious of those younger moms posting pictures of themselves with their kids at a) the water park, b) the playground, c) the zoo, d) on a bike ride, e) you get the picture. The closest I've gotten to summer bonding with my son was an hour one Sunday at mini-golf, which I tried to spread out into an afternoon with a bribe for ice cream. "Nah," he said. "I'm gonna go over to my friend's house." Boooooo. 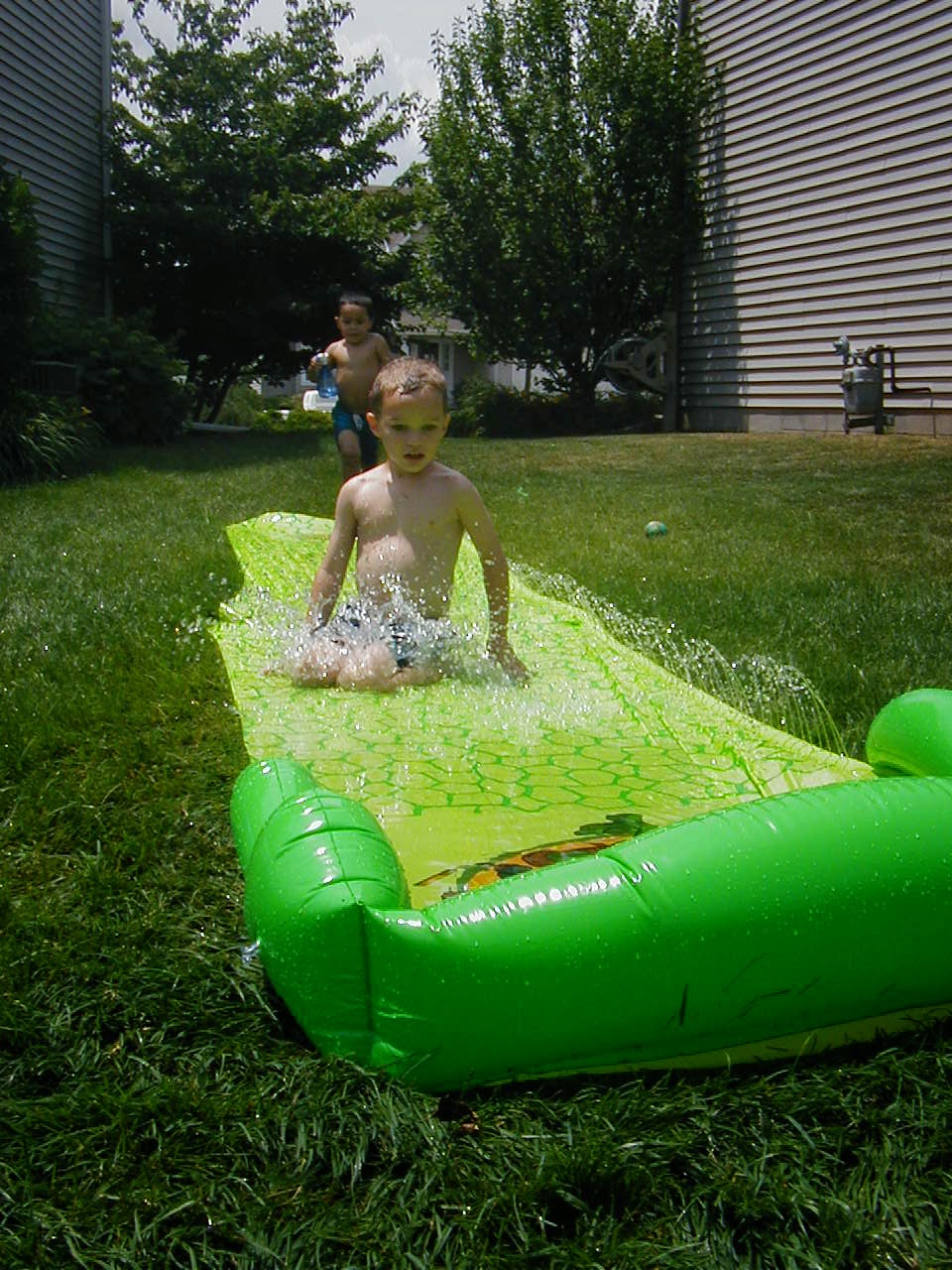 Wah, wahhhhhh. With my vacation time eaten up with other obligations, it's hard to find the time for even a summer getaway. Shit, I can't even muster a staycation, let alone a vacation. I keep hoping I can swing a fun-filled, whirlwind weekend in to St. Louis, but with school starting on August ungodlyearlyth, I'm not even sure if I can make that happen. For sure I'll have to sweeten the pot by letting him invite a friend. Because otherwise, it'd be, like, boring, right? 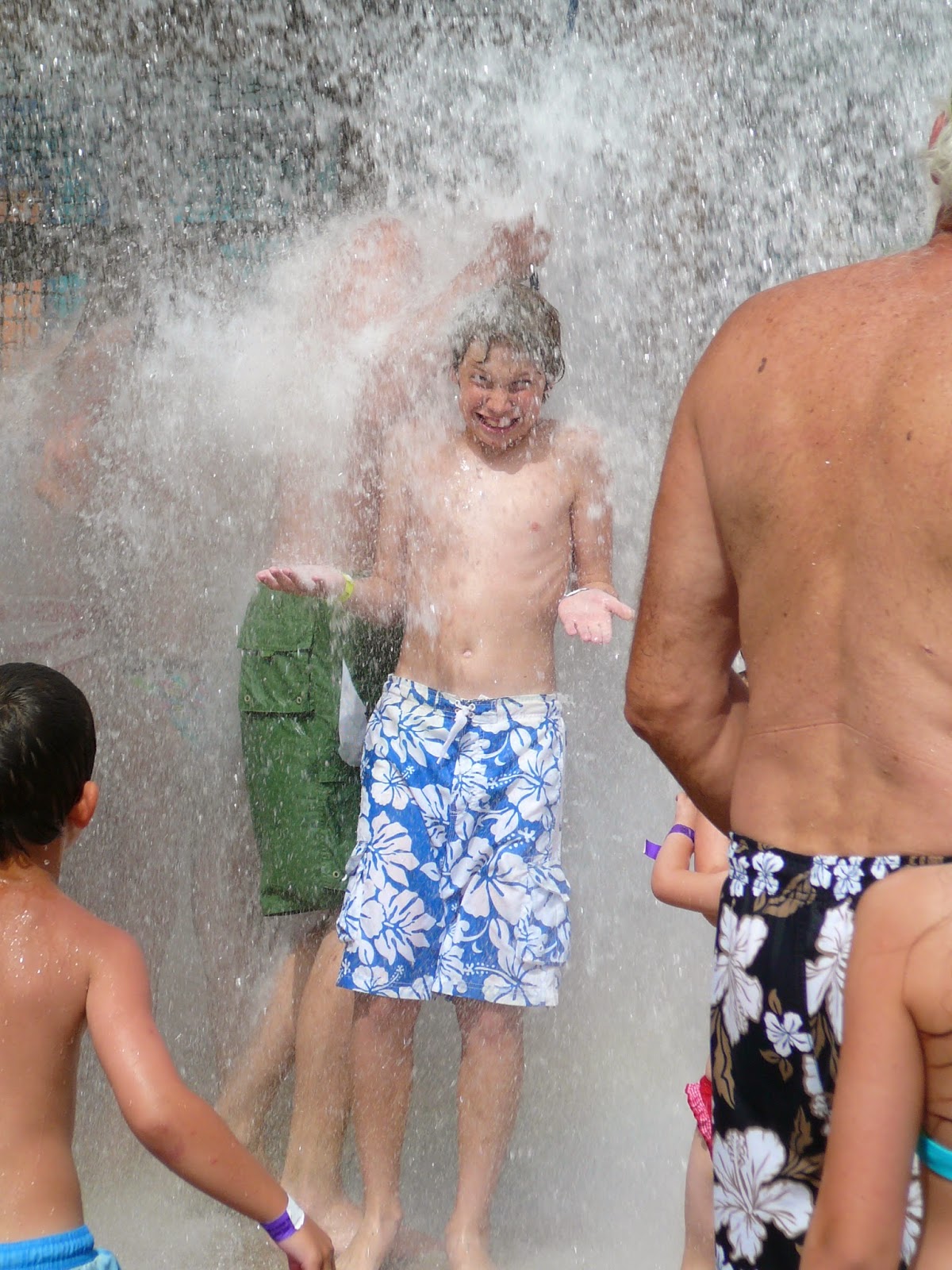 I miss my summer, when the kids were younger (did I just say that?) and the days were filled with wet bathing suits and towels draped over patio chairs, the happy screams of kids running around the neighborhood as the sun set, and an abundance of Popsicle stuffed in my freezer. I miss feeling that "good tired" from spending the day at the pool and that warm glow that comes from being out in the sun all day. Now summer just seems like another season where I leave work for lunch and wish I had put more thought into a teaching career where I could have these three months off.

"Why, I, in this weak piping time of peace,
Have no delight to pass away the time,
Unless to spy my shadow in the sun
And descant on mine own deformity."

Sigh. Shakespeare must've been in his 40s and with teenagers when he wrote that.