I have a hard time not pointing fingers. The thing is, it’s usually at myself.

Maybe it’s my Catholic upbringing – all those years of intimidating priests preaching that I’m going to burn in hell and how unworthy I am to even be on this earth may have had something to do with my unending and pervasive guilt. And that started even before I was responsible for anyone else but myself.

Throw two kids into the mix and you have a recipe for beating yourself up for pretty much the rest of your life. 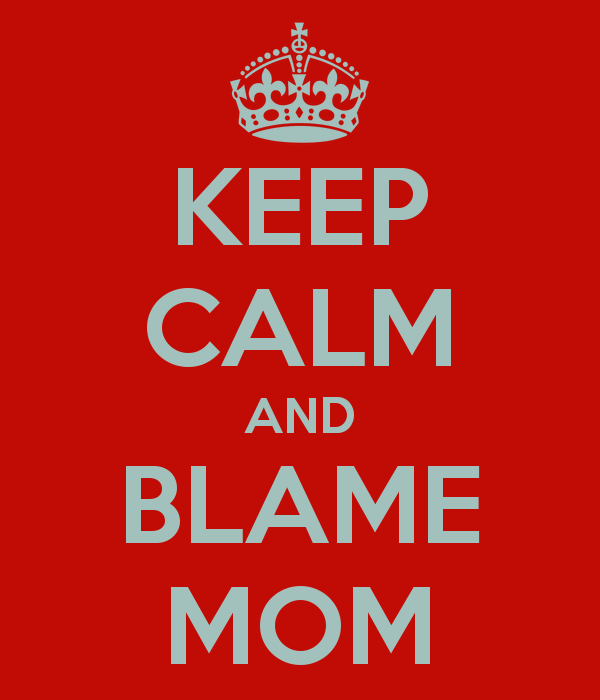 It’s not a martyr complex, I assure you. Lack of confidence maybe? Playing without a rule book? I don’t know. But I can’t help but look at any downfall my child has as a reflecting on my ability to parent. Wait a minute – what’d I do? Teach them the wrong thing? Not give them the skills they needed? Skipped a chapter in the parenting manual? Did I misinterpret Dr. Spock AGAIN?

My son asked me the other night if my mom was a strict parent, and I really had to think about it. Growing up, I’m sure I would have said “HELL YES SHE WAS STRICT!” but looking back, I don’t think so. I was probably more timid than my kids are. And more respectful for sure. I don’t know how many times they’ve sassed me and I’ve thought to myself, “Oh, man, if I would have said that to MY mom I would have been slapped to Timbuktu!” (That was one of her threats  and one day I looked up to see if there was indeed a Timbuktu and decided that no, I did NOT want to be slapped all the way there.) I used to wonder what she did that I didn’t do. Did we respect my mom out of fear? If so, I gotta say that’s not really a bad thing. I think parents today get too “into” their kids’ lives and try to be that buddy, that friend, and to coin that amazing Esurance commercial, “That’s not how it works. That’s not how any of this works.”

Yet I did it to an extent. I mean, I didn’t intentionally try to be a friend or a buddy. In fact, I tried NOT to be. But I did want to have a dialogue with them. Growing up, I don’t think it really occurred to me to talk to my mom about stuff. (As I got older, absolutely. But growing up? No.) But wanted my kid to know he could talk to me about ANYTHING.

Um, LOL, right? My fault. Kids don’t want to talk to their parents about ANYTHING. They’d rather talk to the snarky cashier at Wal-Mart about their problems than talk to me. 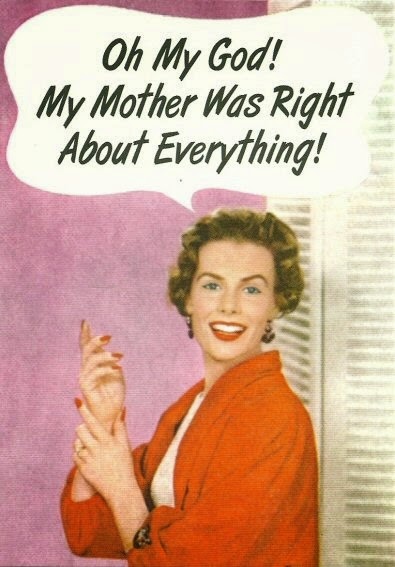 I tried; I really tried. I breastfed because I was told it would keep them from getting too many ear infections. Both kids had ear tubes. I made my own baby food. They preferred the jar. I sent them to school when they complained of the sniffles. They were sent home with pinkeye. I helped them with their homework. It was wrong. I wanted to make sure they were safe. They told me I was hovering. I wanted them to have their freedom. They made poor choices that I couldn’t fix. I never seemed to make the right decisions.

OK, before you tell me what I know you’re going to say, let me say it first. “They’re their own persons. They make their own choices. You raised them with good morals and values and you need to let them make their own decisions, good or bad.”

I get it. In my head I get it. I attend a weekly support group that is based on that very philosophy. I understand the model.

But in my heart of hearts, I blame myself. I wonder what I missed. What I could have done differently. Because parenting is an ugly beast. It’s one of the few times in your life when you truly don’t have an answer and you just kind of close your eyes and pick one and hope for the best. Do I let you have that sleepover with that kid who I have a bad feeling about? Do I trust you will make good choices? Or do I shield you from him and say no? Is that my job? Is that where I come in? Or is this where I let go? I’m never, EVER sure.

My kids are inherently good kids. I love them to the moon and back, and I’m proud of them even further than that. I really, truly am. And probably the worst thing in the world is to see them hurt, disappointed, upset or dejected. I have come to realize that they HAVE to have these feelings, though. That’s how they develop coping mechanisms for life. But I feel like I have failed them in giving them what they need figure those out. I feel like I didn’t give them the right tools they need for their toolbox. Instead of a socket wrench, a hammer and a pair of pliers, I gave them a ladle, a turkey baster and a pair of tweezers.

If I could do it again would I make different choices? Hell yes, in some respects. But again, I don’t have the answers. I never have. I’m a regular person raising two regular people with not a clue how to do it, even after 17 years.

I hope they never blame me. I really do. I hope they know I shoulder enough blame without them adding to it. But if they DO blame me, I won’t blame them, you know? Because the Catholics are right. I’m not worthy to parent – no one is. We just do our best and hope for the best.

To quote the illustrious 80s song by Howard Jones, “Some break the rules and live to count the cost; the insecurity is the thing that won't get lost … no one is to blame.” But I bet we think we are anyway.

Posted by Amy Talcott at 9:34 AM No comments: