Let me rephrase that.

Damn that went by fast.

I use to haaaaaaaaate it when an "older mom" would glance over at me with a snide smile while I tried to reason with this same 3-year old kid as to why he was NOT getting any candy and he'd better just STOP THAT RIGHT NOW OR WE ARE GOING TO GO TO THE CAR. (Spoiler alert, young moms. THAT'S WHAT THEY WANT. THEY WANT TO GO TO THE CAR. DON'T GO TO THE CAR. STAY IN THE STORE, BE MISERABLE, MAKE EVERYONE ELSE MISERABLE, AND GET YOUR SHOPPING DONE. Because they probably won't let you back in for awhile.)

But I digress. Anyway, there'd always be this know-it-all lady who would chuckle and say in this little sing-songy voice, "Don't blink! They grow up so fast!"

I wanted to punch her in the face. Seriously? This could not be over fast ENOUGH. This SUCKED. It was like taking that girl from the Exorcist on errands, only he was a boy. And not possessed. Allegedly.

Looking back, the toddler years certainly seemed to drag on. Maybe those years just weren't my forte. I was waiting for this needy, sticky, whiny thing to become human so I could go do cool stuff with him. I remember looking forward to him NOT taking naps so we could actually take a day trip together and he wouldn't have a complete meltdown by 1 pm. 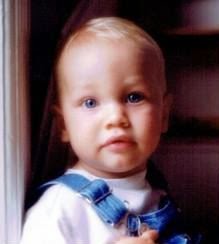 Don't get me wrong. He was a freakin' cute little kid. I would literally stare at him and wonder how I could have possibly made something so beautiful. I loved holding his tiny little hand in mine and I loved kissing those chubby little feet and I loved it when he fell asleep in my arms. I loved it when his hair finally did come in and it was just this shiny blond, curly mop that contrasted with these bright blue eyes that were so clear you could see yourself in them.

Looking back, I remember sending him to school and thinking, "This is it. This is the end of me having all the influence over him. From now on it's going to be friends and teachers and peers and the world telling him what they think he should do."

I was pretty much right - and I think that's where time started to fly. Because looking back, the grade and middle school years were kind of a blur, like this time vortex of bake sales and book fairs and carnivals and room parties and field trips and back to school picnics and awards ceremonies and student showcases - with some Boy Scout den meetings and Pinewood Derbies and camp outs thrown in.

Then BOOM. I suddenly have a freshman in high school.

That was four years ago. I wrote a blog in August of 2011 entitled, The First Day of the Next Four Years of His Life, where I told him (subconsciously, of course, because who talks directly to a teenager?) that I would always be there for him, a few paces back, watching out for him as he stretched his wings and learned to fly. And I meant it. And I have been. But it hasn't been easy.

In fact, it's been an excruciatingly long and difficult four years for both of us - years that I don't think I ever could have envisioned. I remember blinking, but no time would pass. I remember wondering what I did wrong all those years leading up to this. What I could have done differently. Why this blond haired, blue-eyed, beautiful creature couldn't feel about himself the way I felt about him - and why he didn't believe in himself the way I believed in him.

The hardest part about being a parent is realizing that you don't have all the answers. That you can love a child for nine months before you ever meet him and that love will grow more than you ever dreamed it could. And just when you thought it couldn't grow any more it does, but it's still not good enough. That all the homemade playdough and bubbles and water balloons and finger paints and sidewalk chalk and playgrounds and Kindermusik classes and pee wee sports and zoos and sprinklers and ice cream and play dates won't guarantee that your child will be safe from the horribleness of real life. 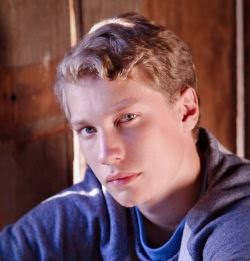 So in desperation and defeat, you let others step in. And that's hard. That's so, so hard. But they help. And you as a mom feel a sense of worthlessness - that you dropped the ball and you can't pick it up. That you had to have someone else save him when you couldn't. But as much as you feel this way, you're so very, very thankful that they did. So very thankful. Because in less than two weeks, this mom is going to watch her six foot, five inch, blond haired, blue-eyed, beautiful baby boy walk across that stage and receive his high school diploma. And on that day, I will once again be amazed that I could love him any more than I do right now.

And I will wonder how it all went by so fast.