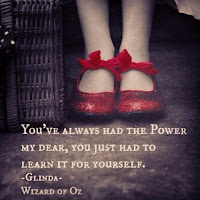 At this time 31 year ago, I had dropped out of my first college, a prominent university for journalism where my parents expected me to thrive, due to being in love with a completely-not-worth-it guy back home. My mother (and I'm sure my father as well) was so disappointed in me that she kicked me out of the house. I went to live with a friend, got a part-time job at the local newspaper, enrolled at the community college and borrowed money from my friend's mom to foot the bill. A few weeks later, I would hear from my older brother that my mother told him she was "impressed and proud" of me for getting that job and keeping up my education.

Between my junior and senior year of college (by this time I was on my fourth educational institution), I spent the summer doing an internship at a company in a Milwaukee suburb. Someone I knew was standing in line at the grocery store talking about me needing an apartment and an old lady in line turned and said she'd rent her upstairs to me. She charged me $60 a month. I had no phone, no shower, no stove, no microwave, no fridge and no air conditioning. I would go down to the corner gas station once a week to call my parents, and I'd bathe in the old tub with this hose attachment I had finagled to rinse my hair. I can't even remember what I ate that summer, because even though my rent was only $60 a month, my internship didn't pay much more. But I put my best office clothes on every morning and went to my internship and in my mind, I was freakin' Mary Tyler Moore.

After college graduation, I got an incredible job at a large medical electronics company in Milwaukee. About two years into it I was let go, and I was devastated. By then I had a much better apartment, a one-bedroom upper duplex with a window air conditioner, fridge, stove and shower for $300 a month. I packed everything up and moved back to Peoria, into a crappy apartment that had roaches, and would wait on the porch for my unemployment check to arrive while I desperately hunted for a job. In the meantime, I did excruciatingly boring data entry temp work to make ends meet, and once a month I'd take an empty laundry basked to a local church downtown where they would fill it with food to get me by.

So looking back, even though I'm well aware that I didn't know anything about growing up, I somehow figured it out. I'm not going to say I was completely on my own. I knew my parents would help me out if I needed it, but my stubborn streak wanted to prove to them - and to myself - that I was perfectly competent of figuring it out. Moving back in with them  - other than in the middle of my freshman year of college - was never an option I considered.

And in retrospect, I don't look back on those times thinking, "Wow - that was really hard - poor me." I actually think, "You go, Girl. Rock that life." 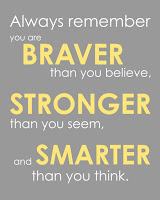 To those of you in your late teens and early 20s, I have a message for you. Adversity isn't a problem; it's a challenge. It's an opportunity for you to show the world and yourself what you're made of, and that there's nothing that life is going to throw at you that you can't catch.

I'm not sure if it's technology, indifference or soft parenting that has caused young people in this age group to act like they are so effing entitled and that if a challenge presents itself, they either expect a parent to make it all better for them or they hide from it like its the boogeyman. I ask you, how the HELL do you think you're going to get through life if you don't face this shit head on? Do you really, truly think that someone is going to show up at your door one day, take you by the hand and lead you to a great career, good money, a cool apartment and a fancy car? And even if they do, do you honestly think having just that will make you happy?

Show me someone who is truly happy and I'll show you someone who has been through some bad ass stuff. You know why? Because they are GRATEFUL. They know that everything they have they FOUGHT for, and they don't take it for granted. They are PROUD of what they have because they WORKED FOR IT. They have had experiences that sucked yet made them stronger. And like me, they don't look back on those experiences and think, "Poor me. No one helped me. If only someone had helped me, I wouldn't have had to go through that." No. They appreciate the struggles, because it made them more resilient and more appreciative of what they have today. And if another challenge comes along, which it always does, they just hike up their pants and say, "Been there, done that. I got this."

Some of you seemingly-ignorant (but I know you have the smarts) young people don't get this. I grew up knowing my parents loved me fiercely, but I never, EVER "expected" them to guide me through life and save me from any hardships. They raised me to be independent - I'm not even sure how - maybe it's an inherent trait. Or maybe it was because I was hell bent on making them proud of me. Of living up to their expectations. I'll never forget the look on my dad's face when he came to pick me up after that first semester at college. Or the anger on my mom's face when we got home. Utter disappointment. That's the WORST.

But for some reason, many of you young people don't seem to care. You're more than happy to work your minimum-wage, part time job, hang out with your friends, mooch off your parents, mistakenly think that you don't need to further your education (either college, trade or skill) and make no plans for the future. I have such a hard time understanding this because I never in a GAZILLION years would have done this. First of all, I would have felt like an utter failure. Second of all, who the HELL wants to live like that? Don't you want to be on your own? Don't you want that satisfaction? Aren't you tired of being immature and dependent and STUPID? 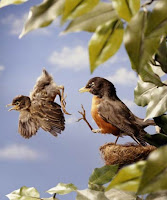 In a Boston University blog on "Nature vs. Nurture", the author says, "The idea [is] that one is born with [instinct] and as they grow older, [it] naturally starts to become more accessible. Although many years of research has proved that while these instincts are given to us at birth, it takes exercising and motivation by parents to help babies reach their full potential of instinct."

So basically, we all have natural instincts at birth, but it's parents who help fine-tune those instincts in the hopes that our baby birds will fly on their own versus having to be booted out of the nest. Because no momma bird WANTS to kick their baby birds out of the nest. It's agonizing. It's guilt-laden. It's not fun. (OK, maybe the birds don't actually think that, but you see the comparison I'm trying to make here.)

So to all the young people out there who "just can't seem to get it together", do yourself and your parents a favor. Suck it up and give it a shot. Unless you have some debilitating disease, either physical or mental, there is no reason on this earth that you can't move forward in life. And even if you do have something holding you back, if you have decent parents you know damn well where the resources are to help you out.

I know my parents loved me unconditionally. I didn't know at the time, but I'm sure it was hard for them to see me struggle. But I'm so thankful they didn't save me every time. SO thankful. As parents, we need to stop saving our kids so much and let them experience the ups and downs of life on their own terms. If they're making progress, putting forth the effort, stumble and need help, that's one thing. If they're making no moves toward the future, we can't take over for them.

The BU blog concludes by saying, "There have also been reports that parents will sometimes push a baby out of their nest. Perhaps the baby will not quite realize that it can’t survive unless it learns how to fly and becomes too dependent on their parent. Therefore the parent will forcibly teach them that unless they learn how to flap their wings, they are going to keep hitting the ground and will not get food. Once the bird has experienced flight for the first time, it does not make the second or third time very smooth. The bird will flail its wings clumsily and only sustain itself for a few seconds if that. Only with practice do they learn the ropes and develop the muscles necessary to flap their wings to their fullest potential."

Time to fly, baby birds.
Posted by Amy Talcott at 9:01 PM No comments: