I'm Not an Activist, but I'm Learning 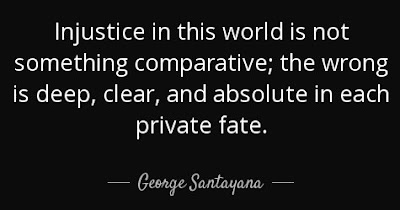 I don’t pretend to be an activist. Activism, by definition, is the policy or action of using vigorous campaigning to bring about political or social change. I admire those close to me for their passion and desire for knowledge as they engage in protests and blanket social media with articles, op-eds and hashtags. I support them in their efforts to bring awareness and change to our broken country.

Honestly, right now I am just trying to catch up, read up and learn - then write about it. I think – I hope – we are all incensed by not only the senseless death of George Floyd, but of all those whose lives have been tragically and needlessly taken as a result of police brutality.

I know the protests take it further than that. It's not just about George. The killing of George Floyd was the proverbial straw that broke the camel’s back – but this is certainly not the first time the hump has been broken.

I do not pretend for a moment to have the answer. But, in my readings and research, I keep coming across one name: Dr. Phillip Atiba Goff, PhD. The self-proclaimed “justice nerd” is the president and co-founder of the Center for Policing Equity (CPE), a university research center that diagnoses the roots of disparate policing in an effort to eradicate it.

I first watched Dr. Goff's TED Talk from October, 2019, which is below. Note that at the 7:00 mark, he talks about working with the Minneapolis Police Department in 2015 to help “remedy the moral failings of race and policing.” Clearly they need a refresher course.

I then found another article, also from 2015, entitled “Why Cops Lose Control”, where Dr. Goff talks about the need to correct what he calls implicit bias, which is described in the article: “Unlike blatant racism, implicit bias is not an individually held belief but is one generally shared by everyone in a society. Because our brain naturally makes sense of the world by grouping things into categories, we all generate unconscious stereotypes based on the generalizations we absorb through experiences that include movies, television, music and the news.”

As it relates to policing, the National Initiative for Building Community Trust & Justice wrote, "[The work of Phillip Atiba Goff] has shown that it is possible to address and reduce implicit bias through training and policy interventions with law enforcement agencies. Research suggests that biased associations can be gradually unlearned and replaced with non-biased ones. Perhaps even more encouragingly, one can reduce the influence of implicit bias simply by changing the context in which an interaction takes place. Consequently, through policy and training, it is possible to mend the harm that racial stereotypes do to our minds and our public safety."

And I think it could – and is – working in some cases.

But I think we need something else that we don’t have: consequences. I know the police profession is a "brotherhood", and I get it. You can’t be in a profession like that – soldiers and first responders included – where you don’t feel like your coworkers have your back.

BUT. That protection needs to end when a moral code is breached – the breach in this case being murder.

No profession should be above the law. All people should be held accountable for their actions. Former Minneapolis police officer Derek Chauvin has been charged and will hopefully be swiftly convicted for the murder of George Floyd. As of this post, the other three former officers will also be charged.

That’s a start. You’d think we would be waaaay past using this little police gang as an example – I mean, it's not like this is the first time – but apparently the justice system has a few too many loopholes that continue to unravel faster than we can close them up.

I have no real conclusion to this post. I just want a plan. I will not hide the fact that I do not believe we will make much (any) progress under the current administration, but that is a whole other can of worms. To me, the man currently occupying the White House is just a political flashbang thrown into a country of protesters who are just looking for peace and equality. But make no mistake; if we can just hold to our convictions, keep fighting for justice and VOTE, we’ll get there. I'm going to continue learning so I can do my part. I encourage you all to do the same.